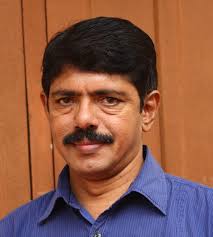 Balachandran Chullikkad is a poet, actor, lyricist, music composer, writer and play back singer. He got National Film Award for Best Non-Feature Film Narration/Voice Over for The 18 Elephants –3 Monologues in 2003. He has participated in many national literary seminars organised by Central Academy of Letters, India. He was one among the ten members of a cultural delegation of India to Sweden in 1997 invited by Nobel Academy and Swedish Writers Union. He represented Indian poetry in the international bookfair in Gotenborg, Sweden in November 1997.